Authentic Pigeonhole desk from the Chandigarh High Court, India, 1950s. Model PJ-BU-02-A. The desk was designed by Pierre Jeanneret and is made of teak with a dark black leather top (restored). The desk has a place to sit with a drawer on the front. The back has several compartments for storage. This is where the name “pigeonhole” desk came from.

The Pigeonhole Desk was designed by Pierre Jeanneret in 1957-1958 during the famous Chandigarh project in India for the Secretariat and various administrative buildings in Chandigarh, India. When India gained independence in 1947, Nehru decided to commission a contemporary architect for the creation of the new capital of the Punjab region, which would become Chandigarh. Le Corbusier’s project was designed to illustrate the bright future of the new country. The commission also included the creation of all the furniture for administrative buildings and housing. For the design of the furniture, Le Corbusier chose Pierre Jeanneret, his cousin and lifelong collaborator. Both of these architects-designers’ styles remained eminently modern, while respectful of Indian savoir-faire and craftsmanship.

Condition: Good used condition with lots of patina consistent with age and usage. The top has been restored with new black leather. 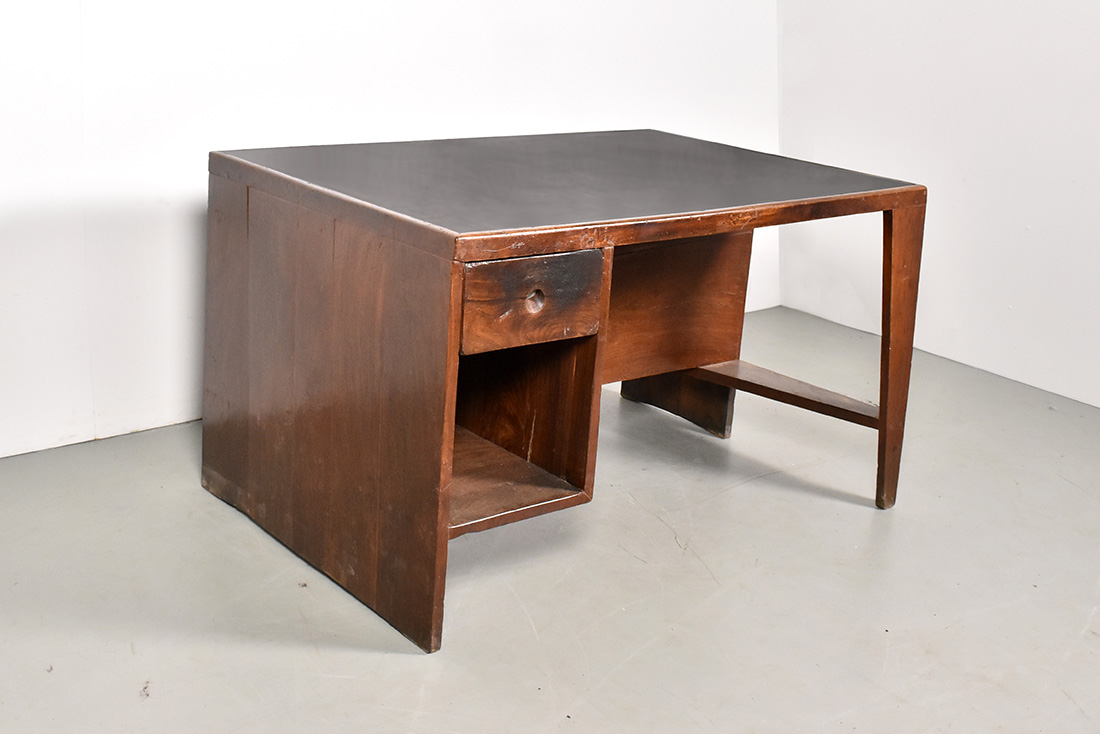 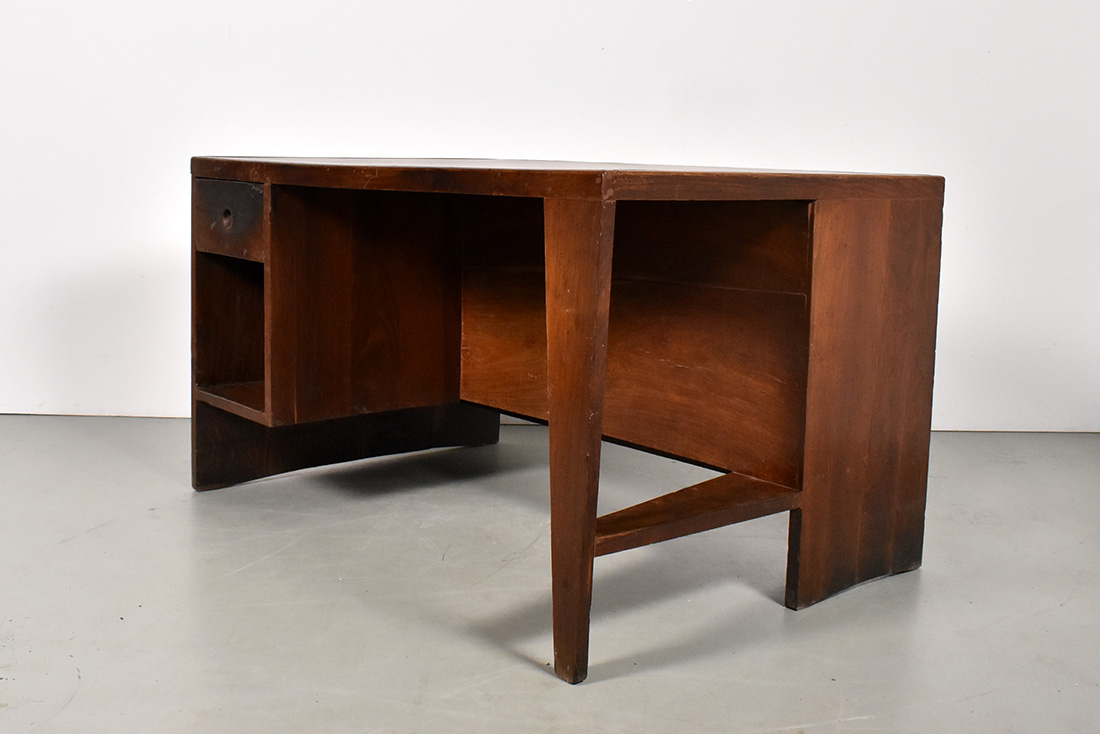 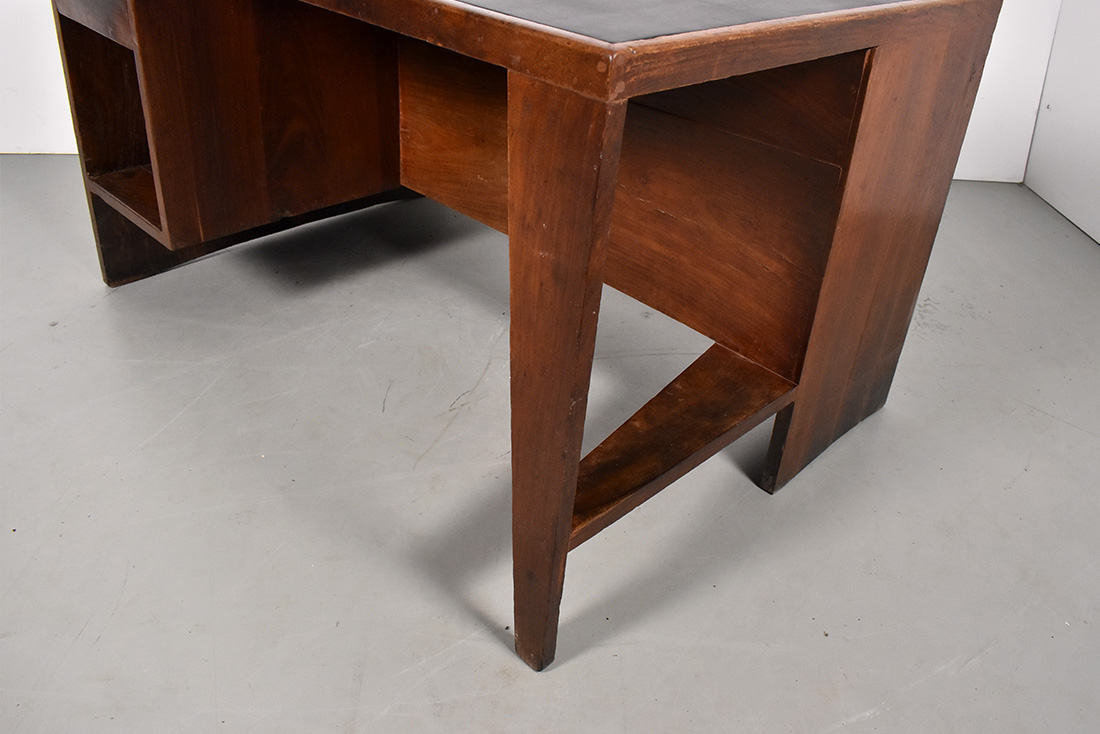 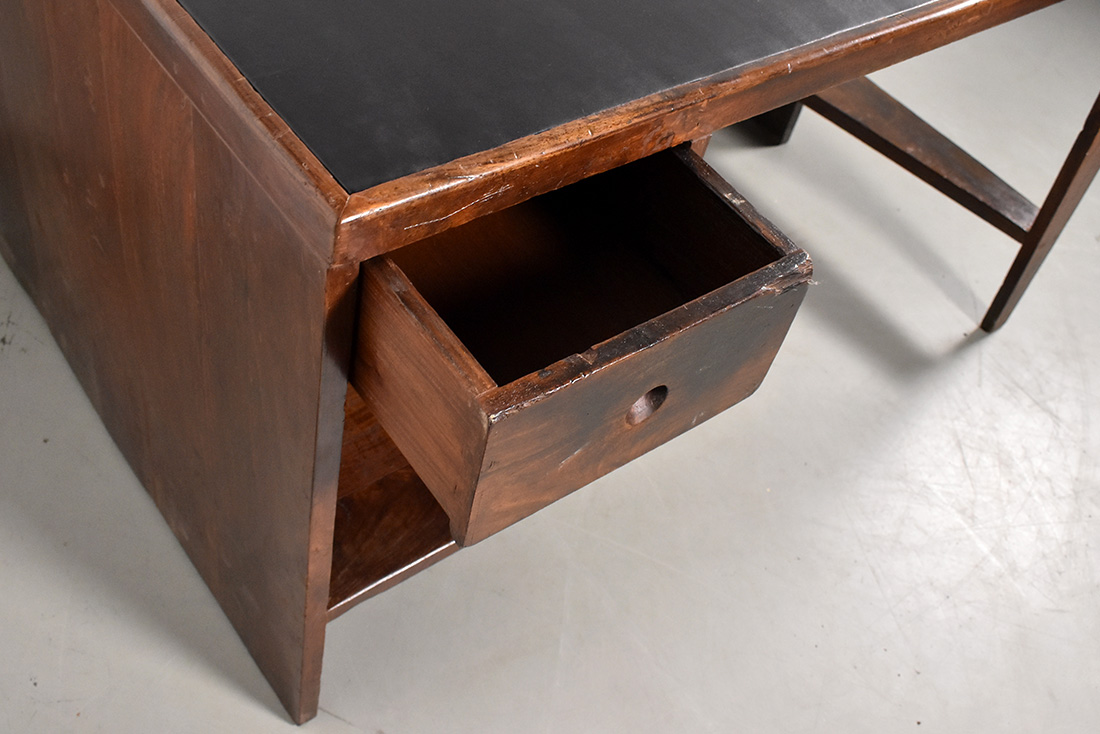 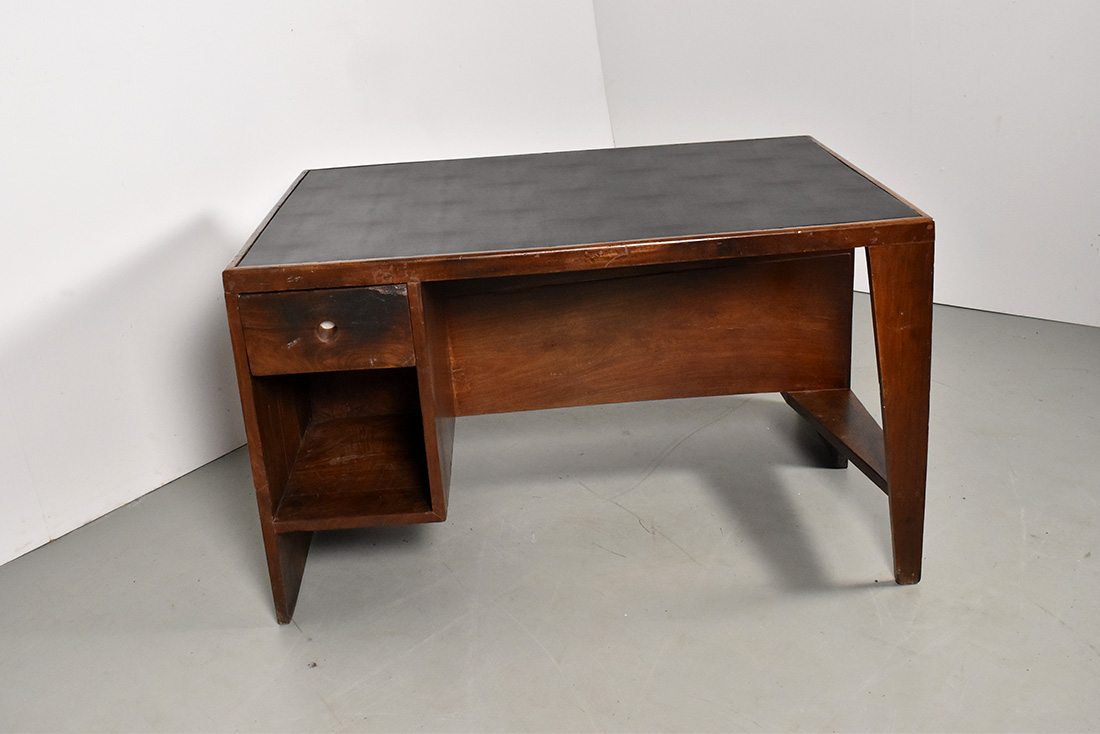 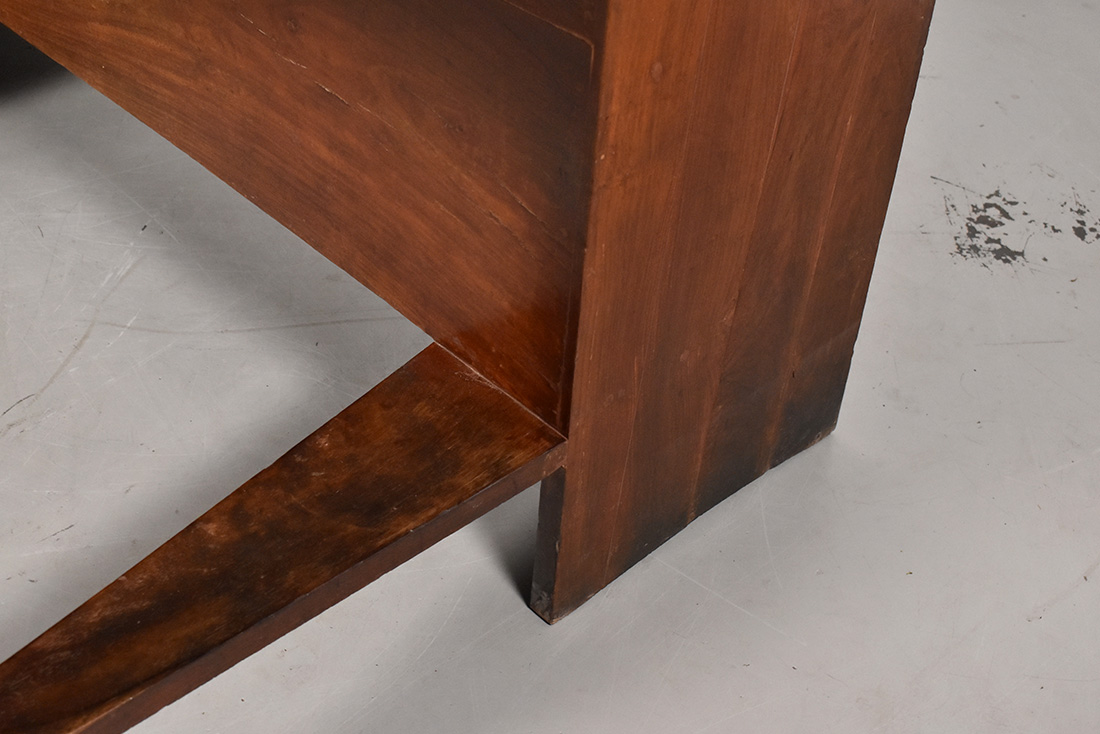 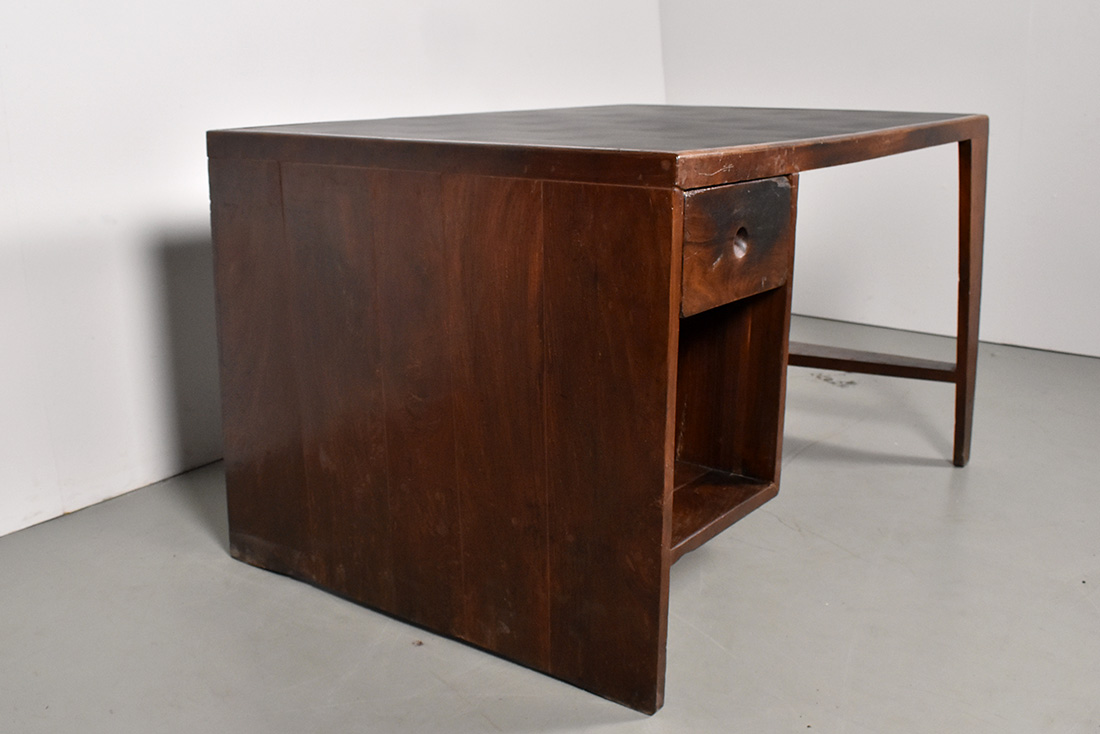 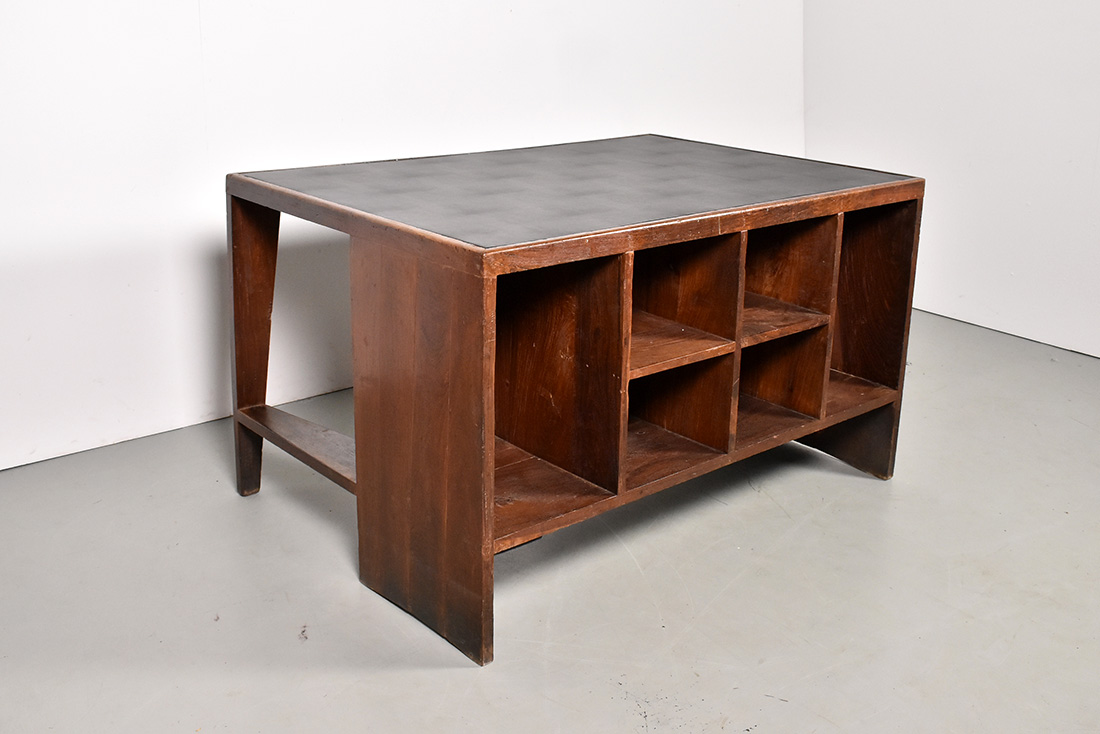 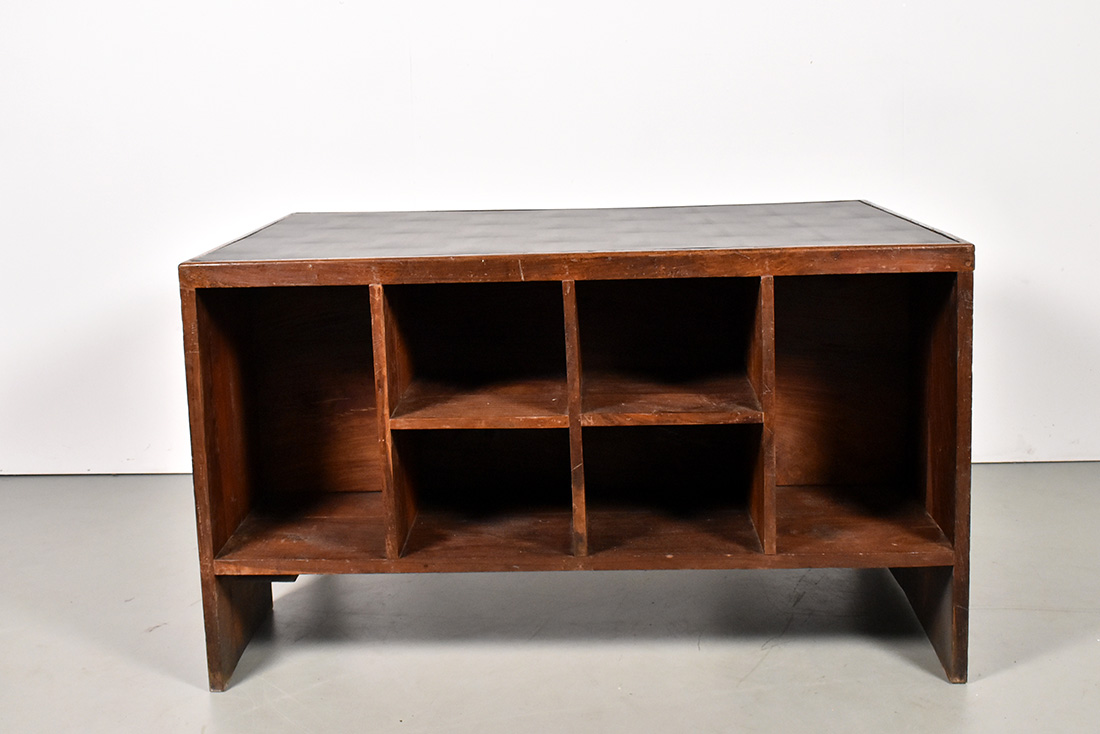 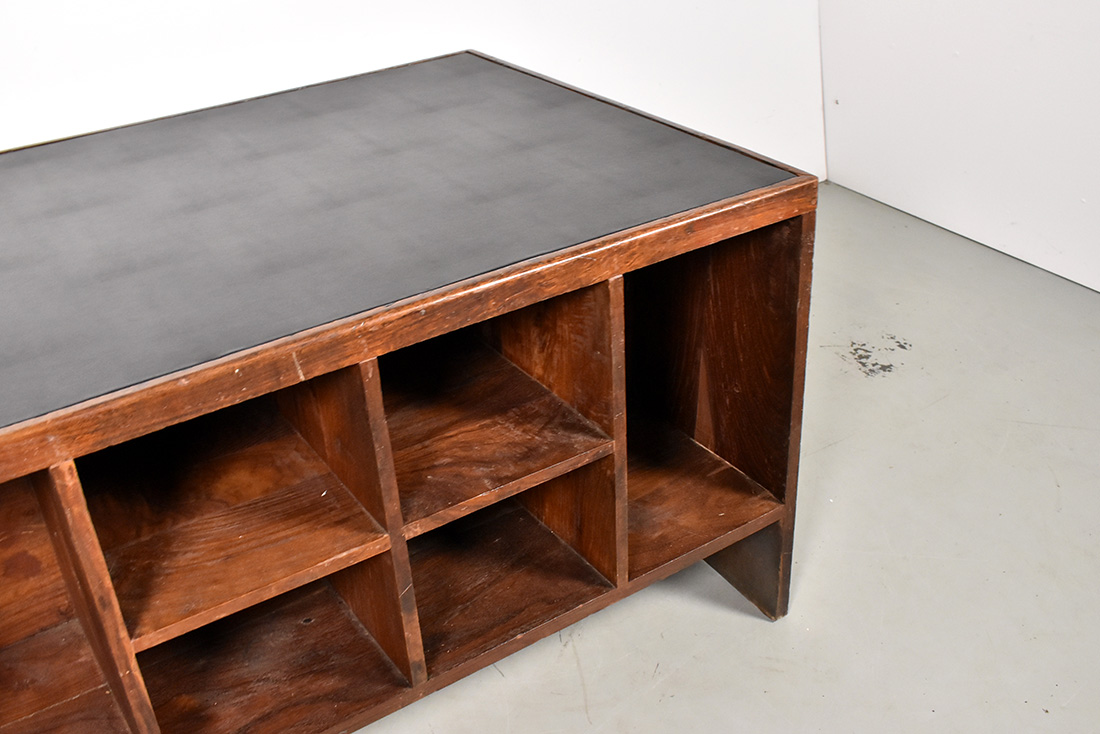