Online gallery for vintage design furniture based in Utrecht. info@objekt-vintage.nl

Beautiful dutch modernist “LaWo1” chair designed by Han pieck for Lawo Ommen The Netherlands 1946. The LaWo1 chair is brilliantly designed and made from several layers of birch plywood. The rear legs are fixed to the seat back by brass brackets. Han Pieck developed the chair during WWII during his study in Amsterdam. His teacher Mart Stam, was a former Bauhaus teacher. After the war, Han Pieck intended to produce 2000 Lawo chairs in the factory in Ommen that he had established for this purpose, with ao financial support from the Marshall Fund. Postwar conditions and shortages of materials meant that only ca 1200 examples were produced before the operation went bankrupt, forcing Pieck to sell his proprietary manufacturing process to Morris & Co. a company from Glasgow UK, which then produced Pieck’s second design, the Bambi dining chair.

Condition: Good. One small fineer chip missing as shown on the pictures 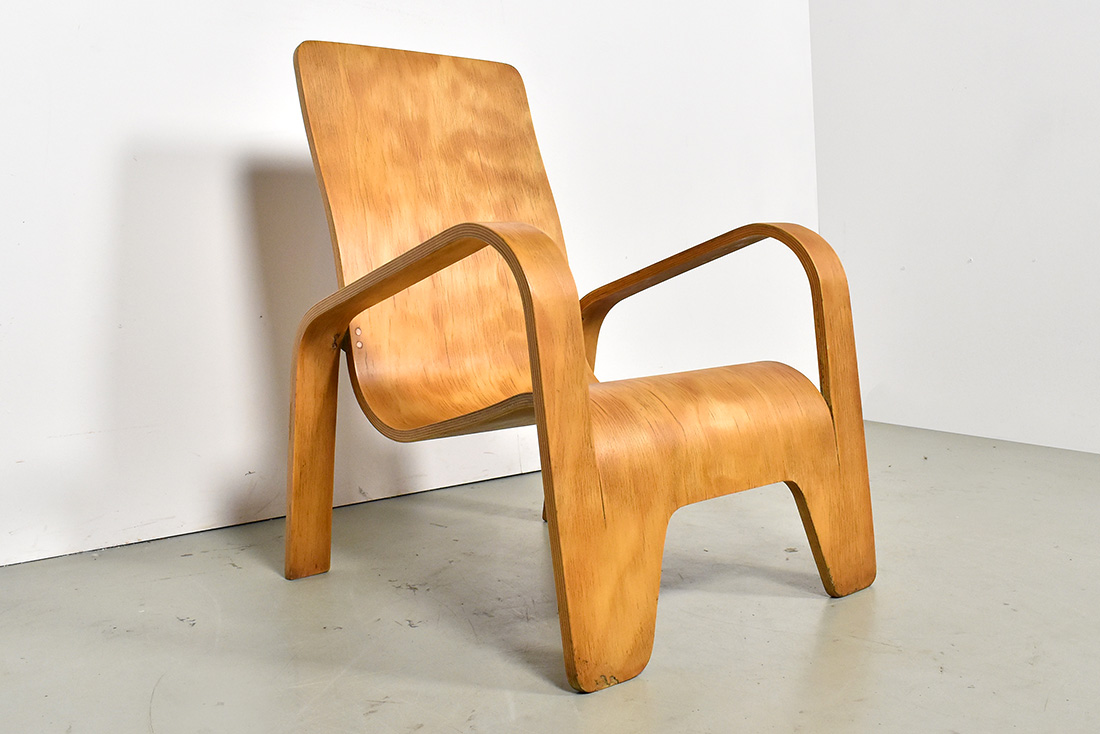 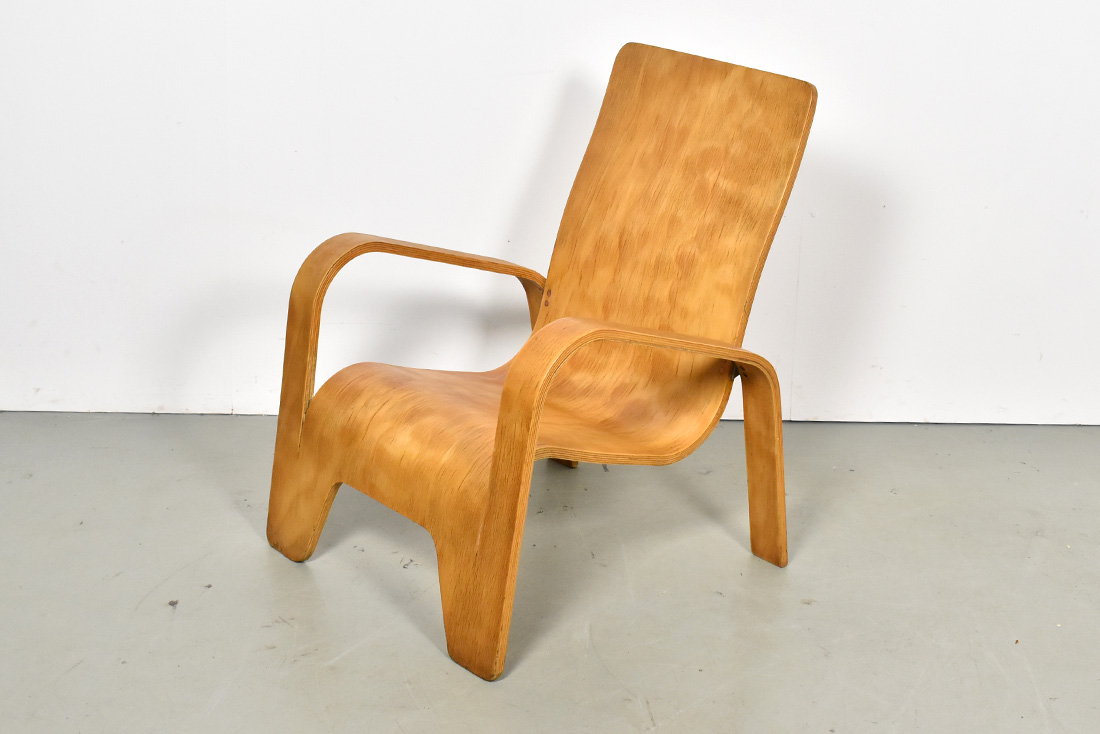 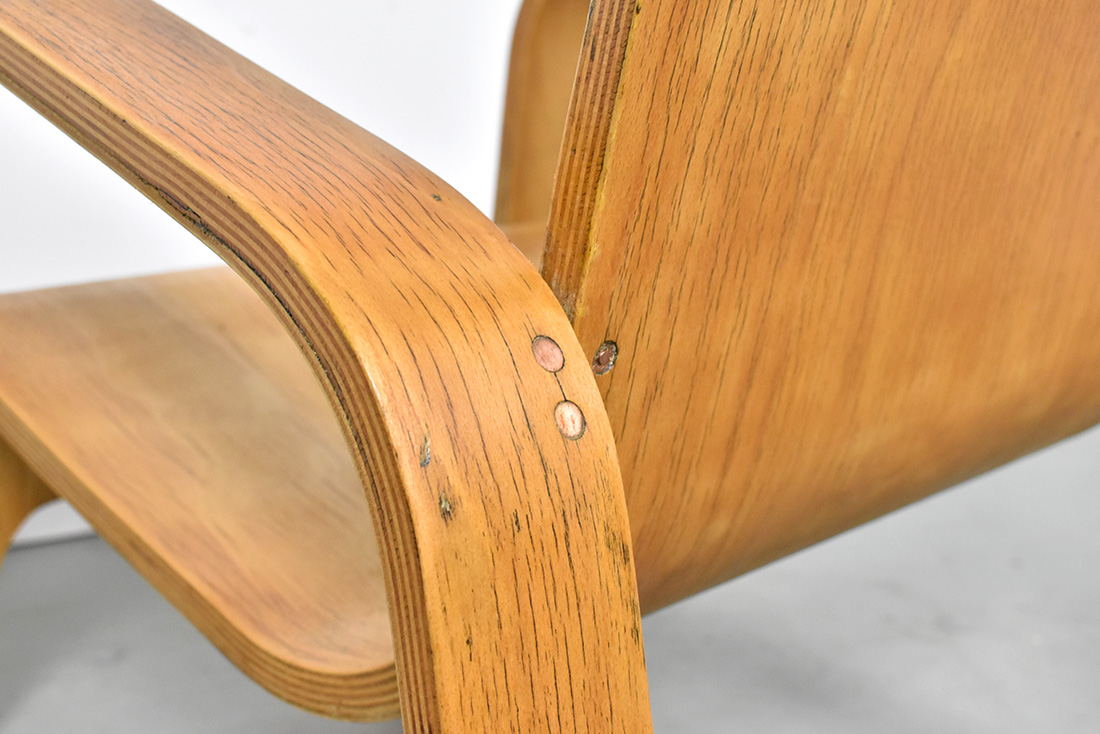 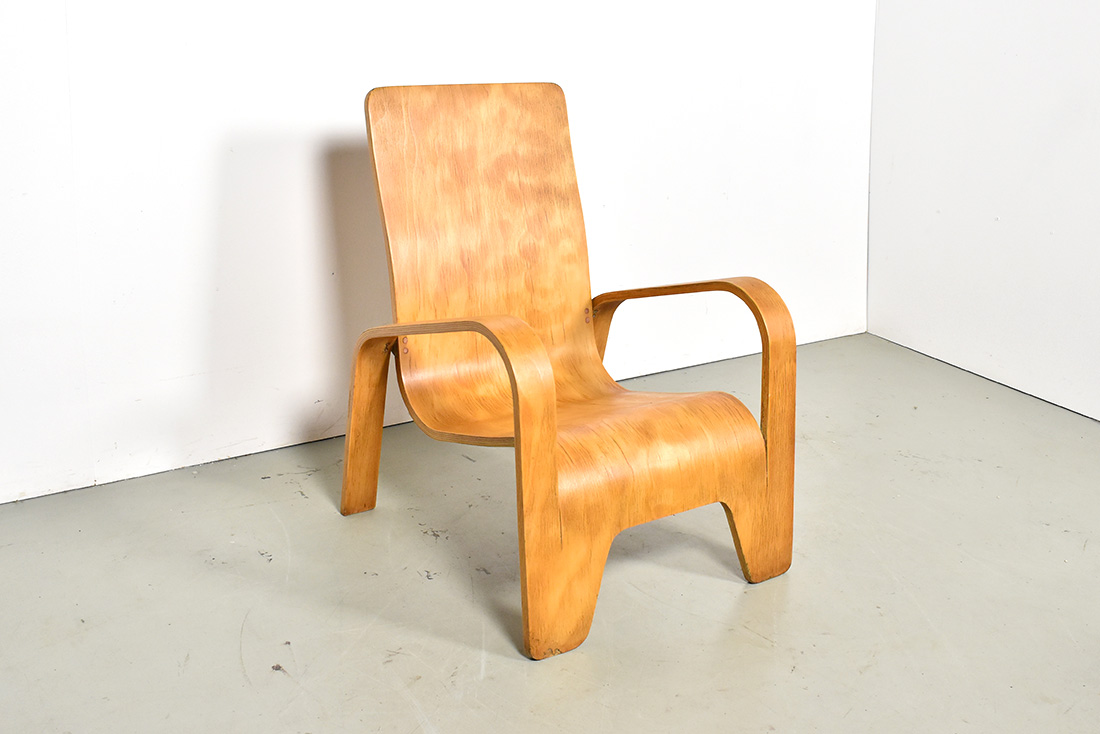 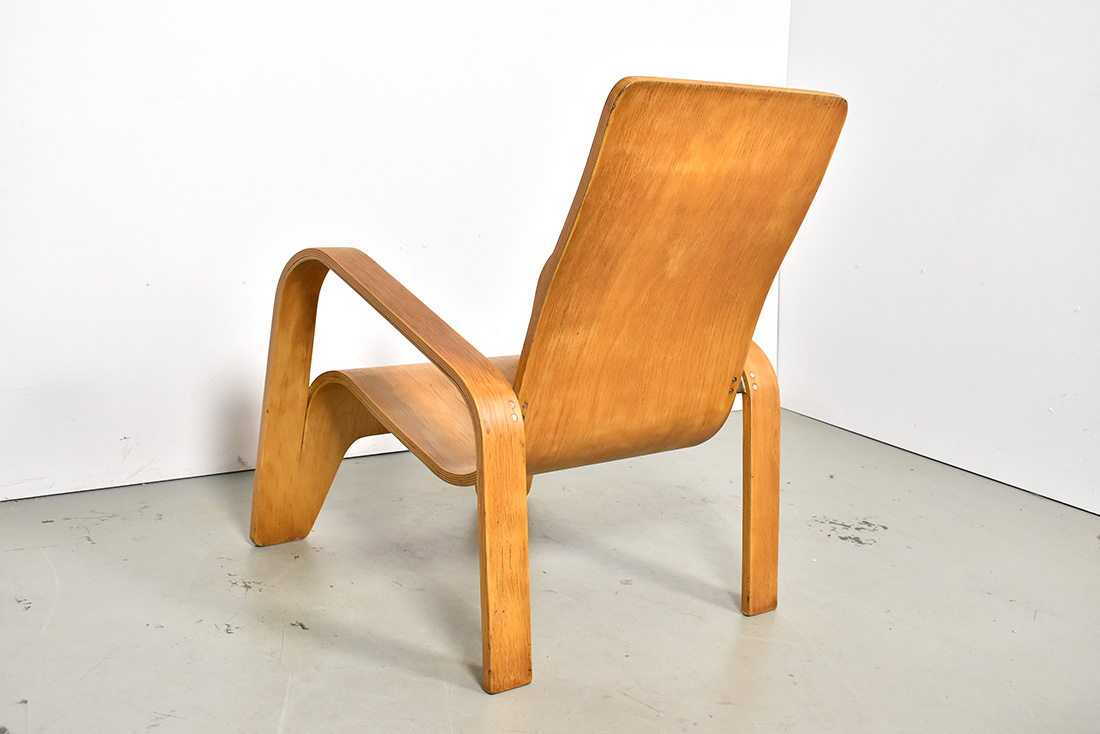 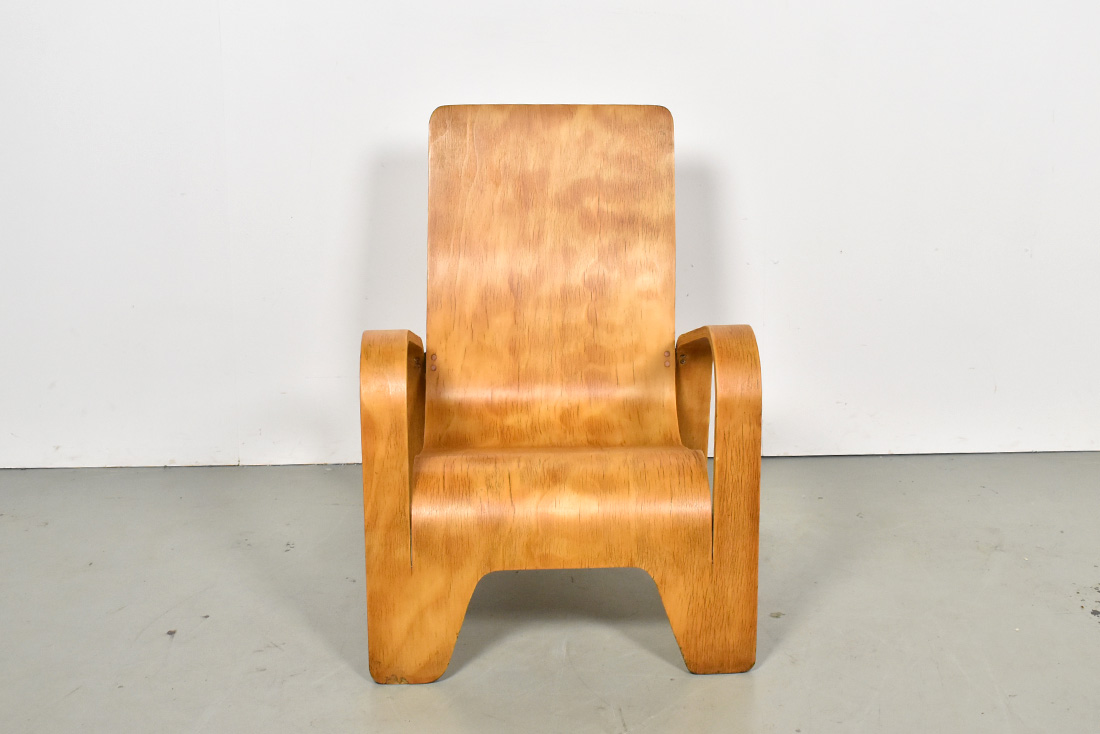 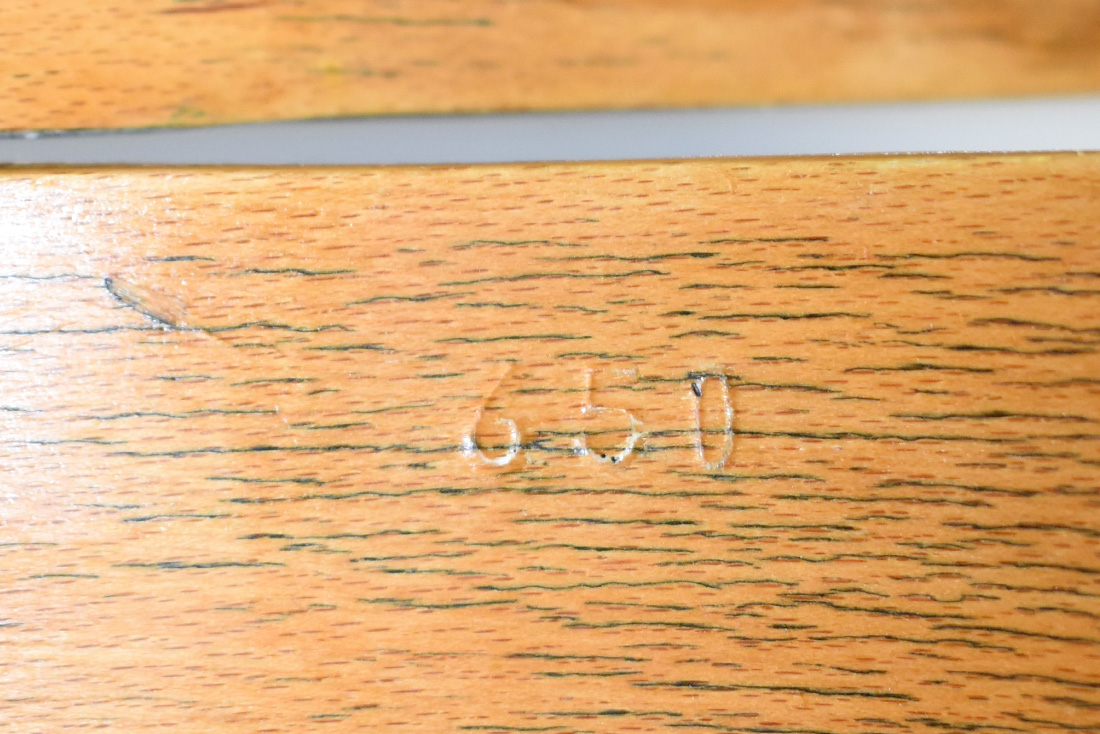 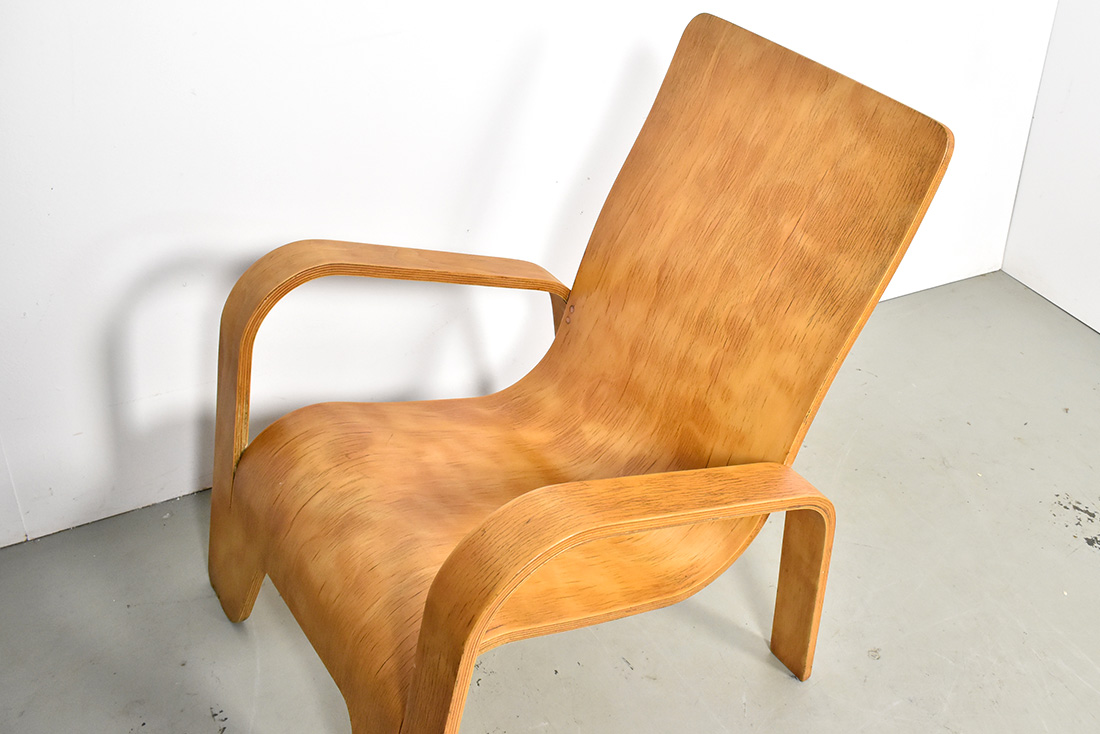 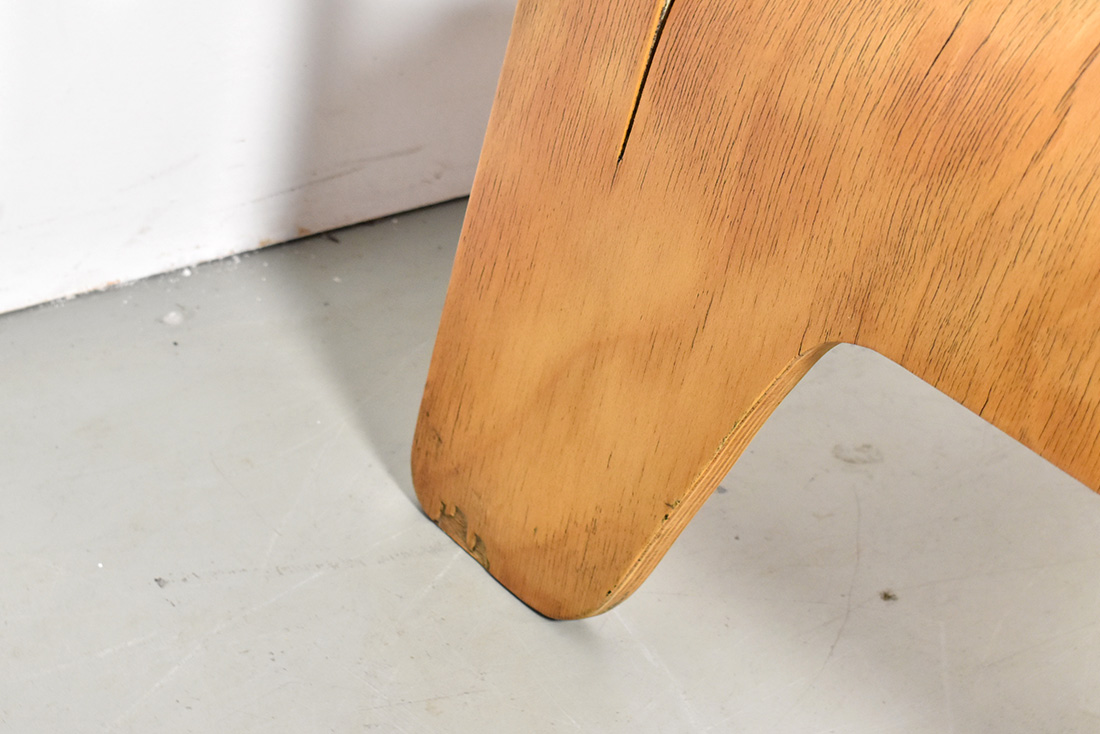