Beautiful lounge chair designed by Alvar Aalto and produced by Artek. This model was first shown at an exhibition at the Nordic Building forum in 1932. The chair’s framework consists of cantilevered laminated wood legs (which flex for your sitting comfort), between which rides the seat-a thin sheet of plywood slightly curved at both top and bottom. Aalto chose to use native birch for its natural feel and insulating properties.

Alvar Aalto was a highly talented architect and an eager spokesman for the international modernist movement. Aalto’s designs were innovative and radical and became known for his experimental approach to bending wood, which greatly influenced American designers Charles & Ray Eames and Finnish-born Eero Saarinen. His style became known as humanist modernism. Alvar Aalto’s dialogue with nature, architecture, design and the human being has become a living legacy.

The framework is natural lacquered birch, the seat is available lacquered in black. This chair comes from 2010 and is in excellent condition. 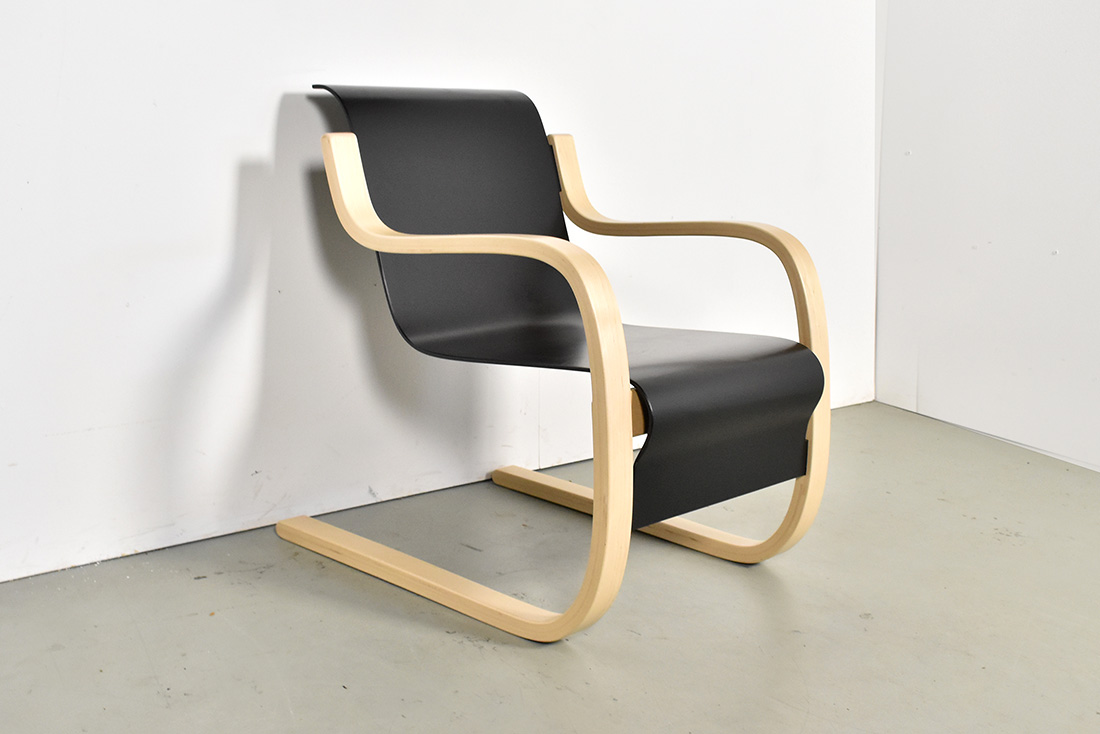 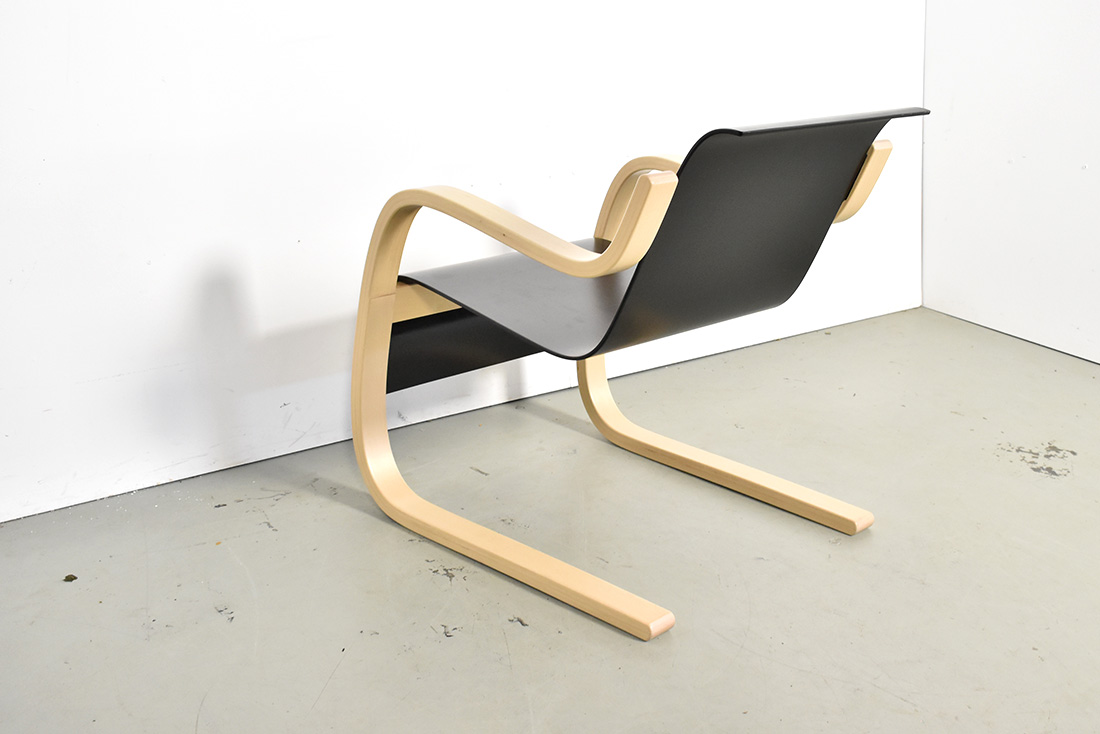 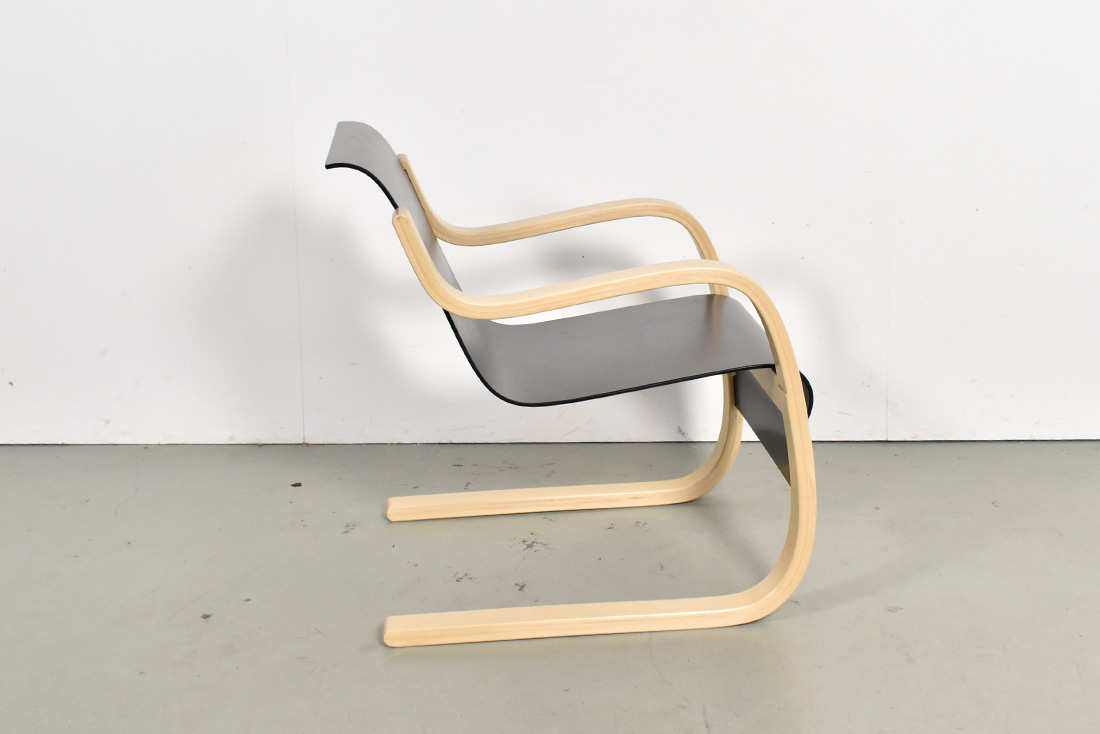 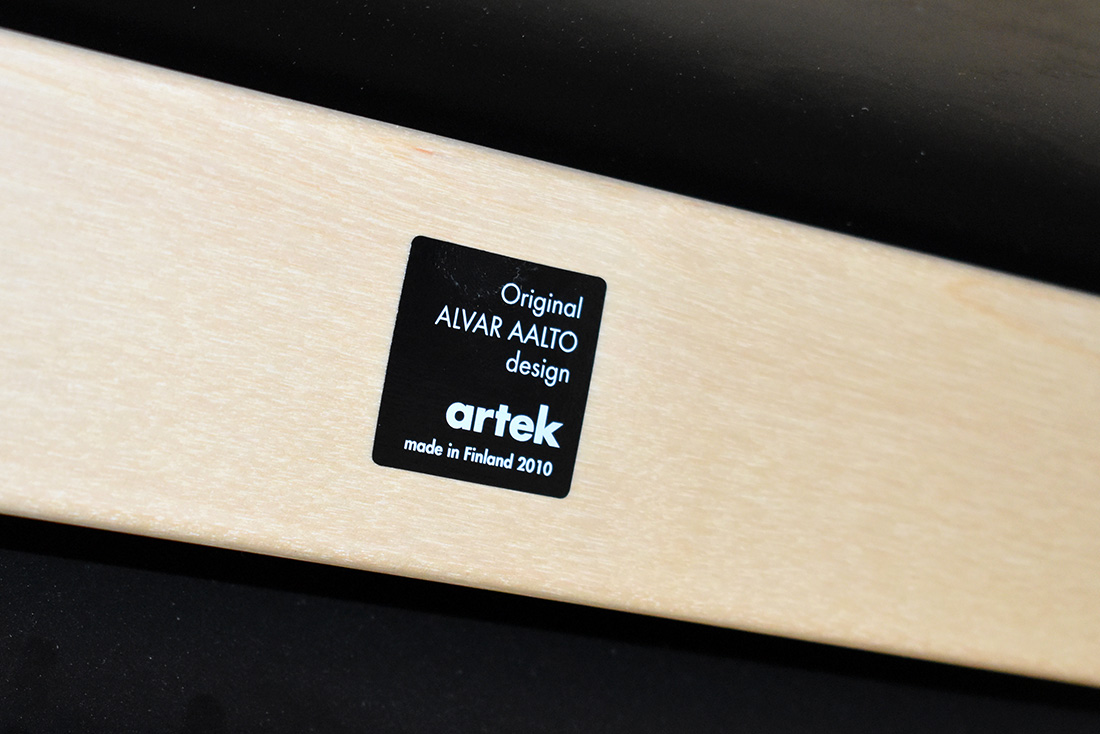